The Yale Method spending rule is a blend of the average market value and prior year spending rules. It can be configured in Fundriver to work on the fund or pool level. The system default is calculated based on the pool.  This training will show the set up in the Fundriver interface as well as how both the pool and fund-level calculations work.
The Yale Method spending rule can be set up in ORGANIZE > SPENDING RULES.  Click the green ADD button to add a new rule and choose YALE METHOD as the rule TYPE.

Once YALE METHOD is selected, enter the PARAMETERS guiding the rule. 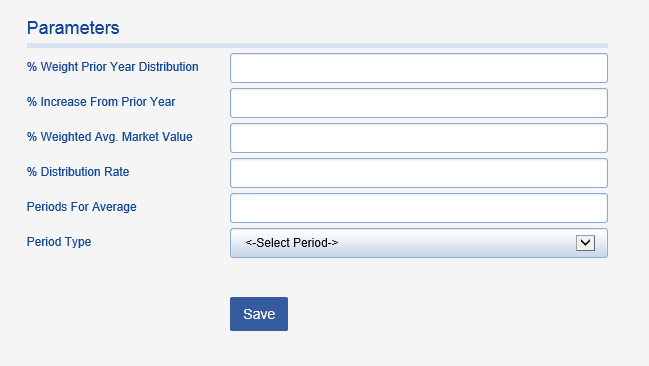 Example of populated YALE METHOD spending rule with parameters shown below using a 70% Prior Year Distribution and 30% Weighted Average Market Value. This is a typical configuration for this rule. 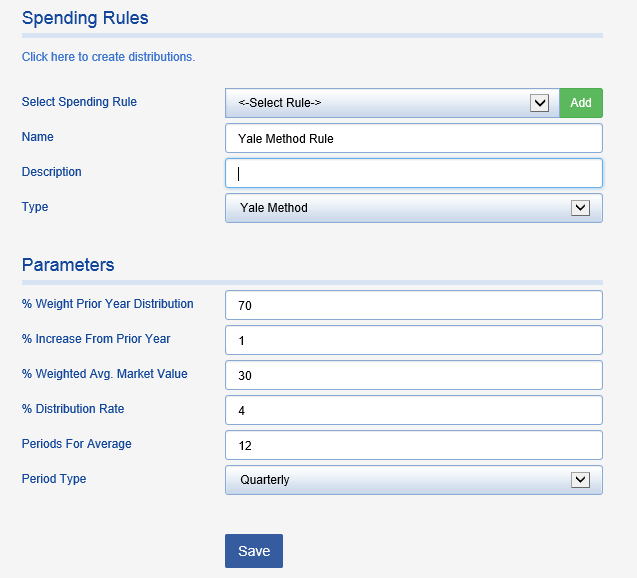 To show how the rule will calculate distributions for one fund, we will create two examples using the ANNUAL FUND from Fundriver's Demo database.

Pool Level: In the first example, we will show Fundriver's default setting for calculating the YALE METHOD.  This setting calculates based on the distributions taken from the pool in the previous year (by looking at the Post Date when running the report and back one year).

Fund Level: In the second example, the calculation will be based on the actual distributions taken from the Annual Fund in the previous year (by looking at the Post Date when running the report and back one year).

As you can see by comparing the TOTAL ESTIMATED SPENDING of the two applications, there can a large variance in the spending calculations that are generated.  In the case of this fund, the second method generates a distribution that is approximately $90,000 less than the pool-level calculation.