New clients as of the middle of January 2018 have the New Spending Interface turned on automatically.  If you'd like more information on this feature, please contact support@fundriver.com..

Fundriver has enhanced Spending functionality!  The new Spending Interface provides for greater transparency and allows users to be more self-sufficient.  Some examples include having the ability to enter your spending allocation date, underwater parameters, averaging based on fixed periods and auto reinvestment for spending thresholds not met field.  With the old Spending Interface, users would have to ask for support to make these types of changes.

But first, how do you know if you have the old or new Spending Interface?

The first indication that you have the NEW Spending Interface turned on, is the ASSIGN SECONDARY RULES tab on the SPENDING RULES page: 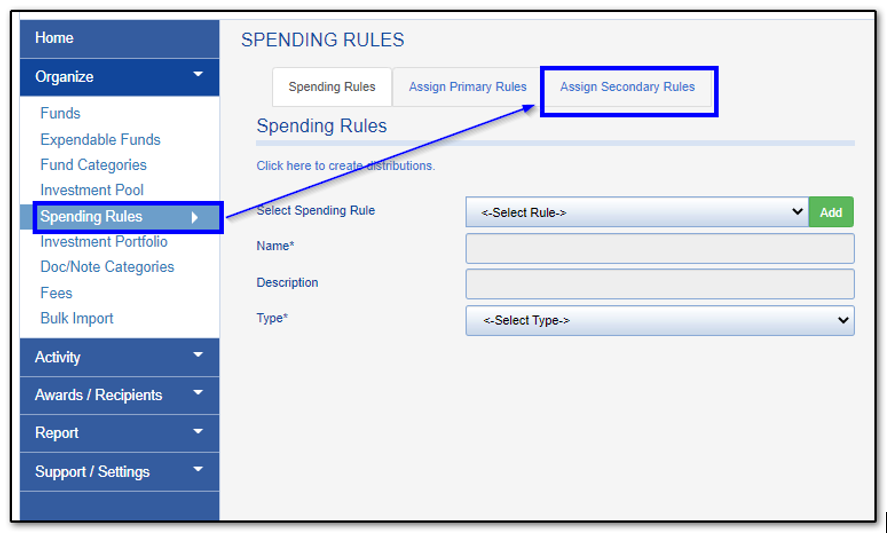 Additionally, the new Spending Interface has a PARAMETERS WITHDRAWAL and UNDERWATER section under the SPENDING RULES tab: 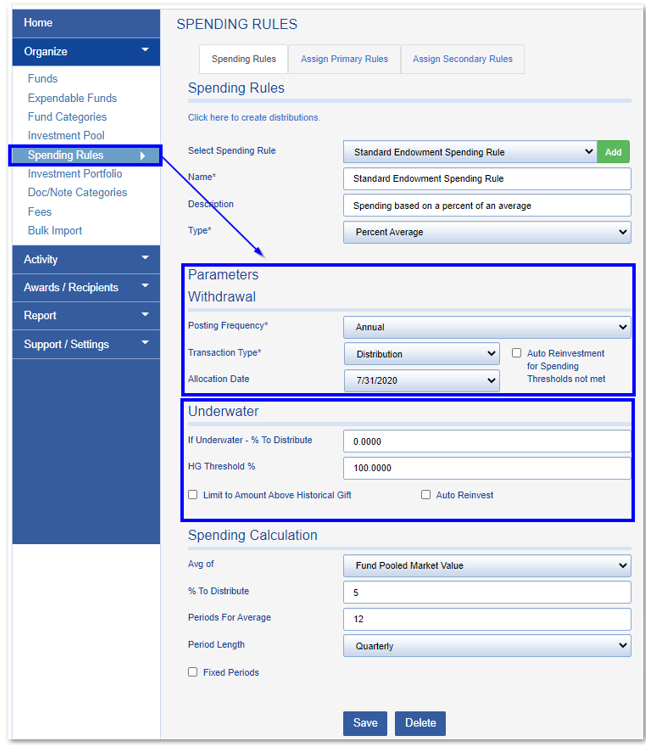 The OLD Spending Interface does not have the ASSIGN SECONDARY RULES tab: 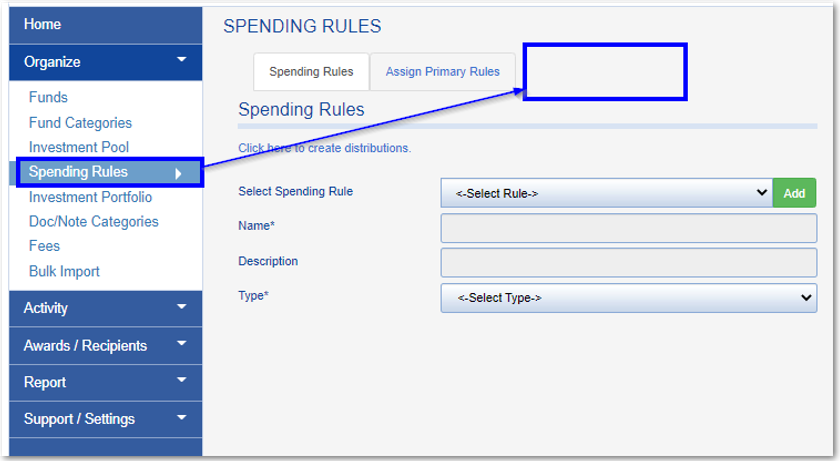 The OLD Spending Interface only has a single PARAMETERS section under the SPENDING RULES tab: 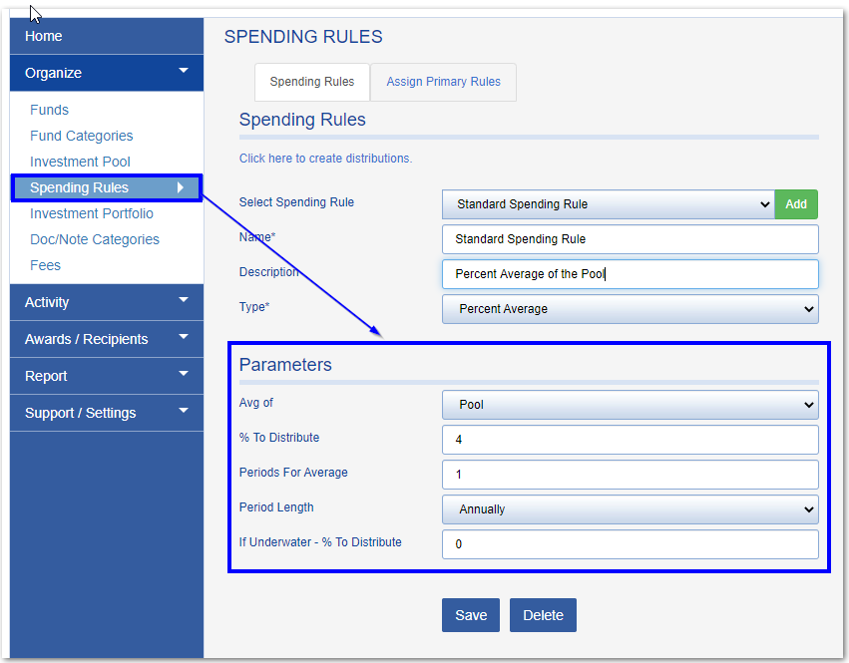 The significant changes between the old and new Spending Interfaces are as follows:

Users have the ability to change posting frequency and allocation date.  Posting frequency allows you to set your parameters based upon how frequently you record spending distributions, i.e., monthly, quarterly, annually.

With the new parameters, the most important thing to remember is that the amount entered in the ‘% to Distribute’  field (under SPENDING CALCULATION) is the ANNUAL percentage.  Fundriver uses the posting frequency to calculate spending. In the old Spending Interface, the amount, or percent to distribute had to be changed to align with posting frequency each time distributions were posted.  Now you only have to update that field once per fiscal year. 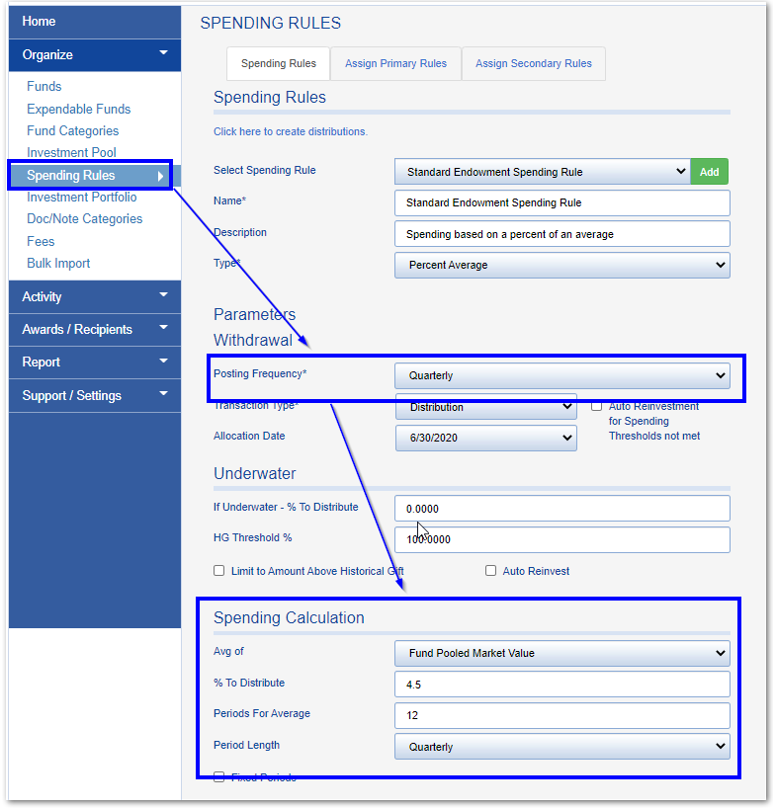 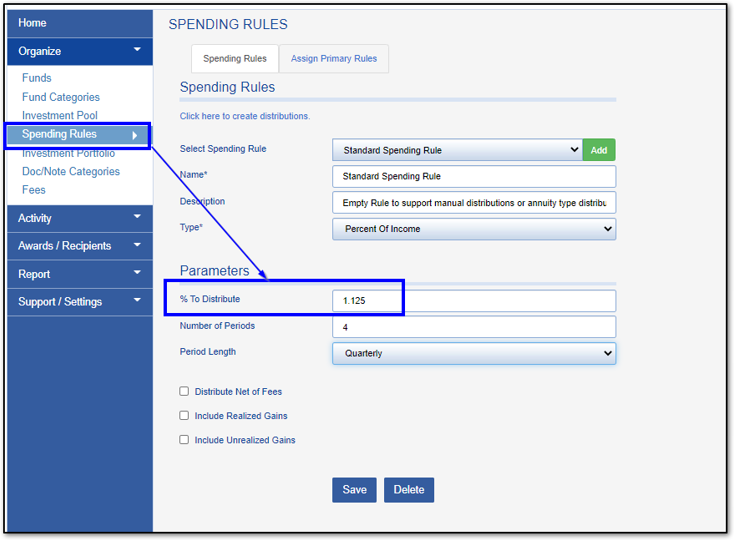 This report is part of the new Spending Interface and shows your estimated gross distribution, reinvestments, and net distribution. The report will show both your annual distribution as well as your withdrawal frequency.  Withdrawal frequency is used in situations where users post more than once a year (i.e. monthly, quarterly).  This report can be found by navigating to REPORT > SPENDING: 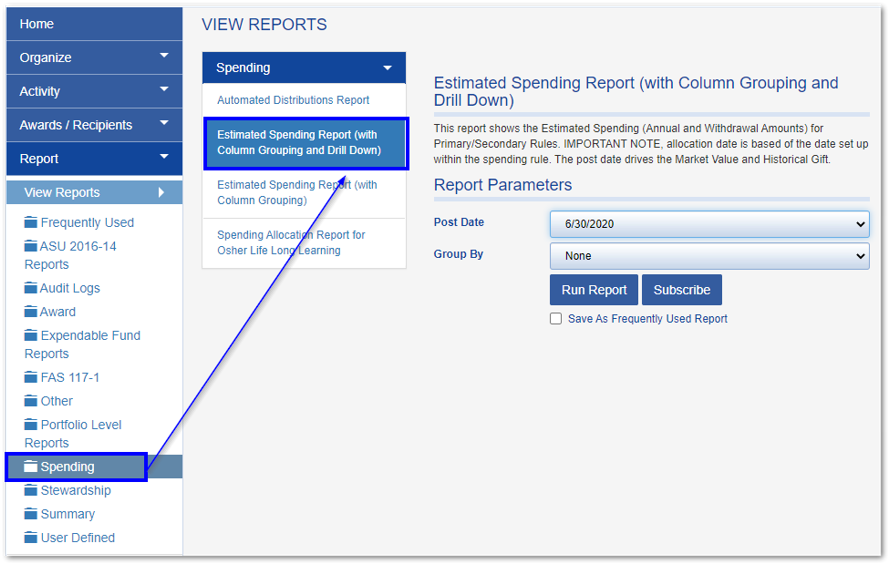 The Post Date drives the Market Value and Historical Gift values, while the Allocation Date in the spending rule drives the calculations:

The drill down functionality is the most exciting part of the report.  By clicking on any blue number, a new report will open to display how Fundriver is calculating the spending. This is very handy when your auditors are asking lots of questions! 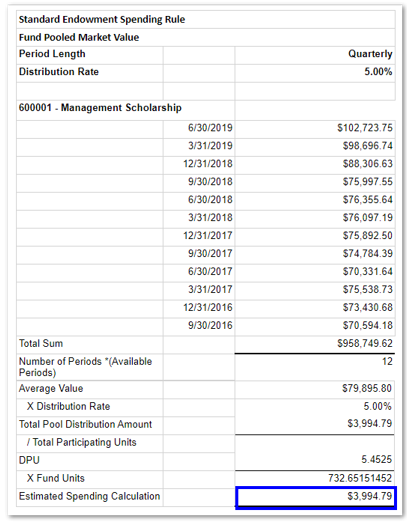 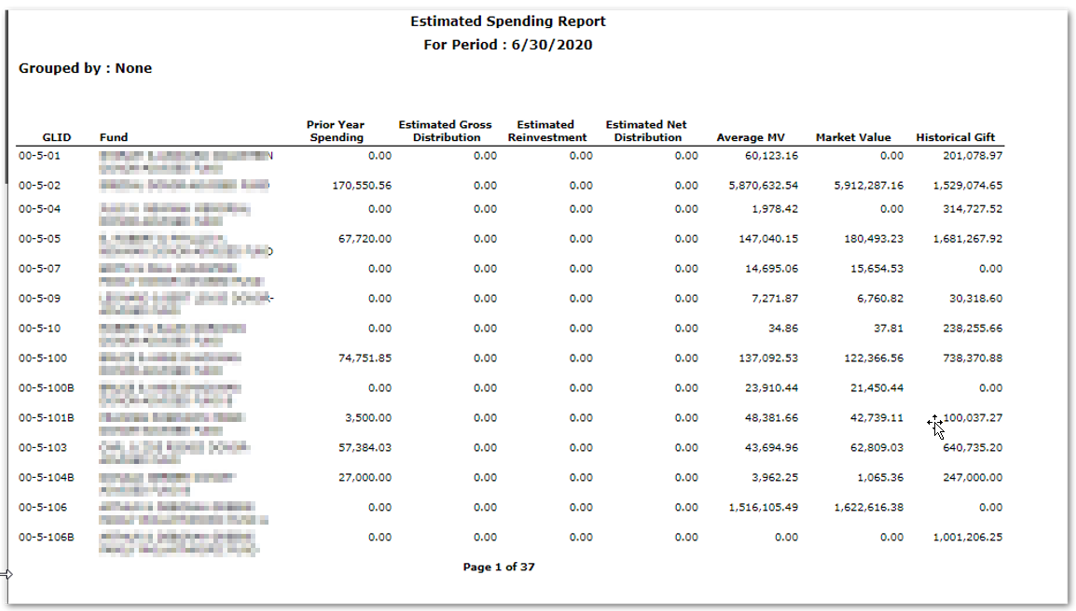 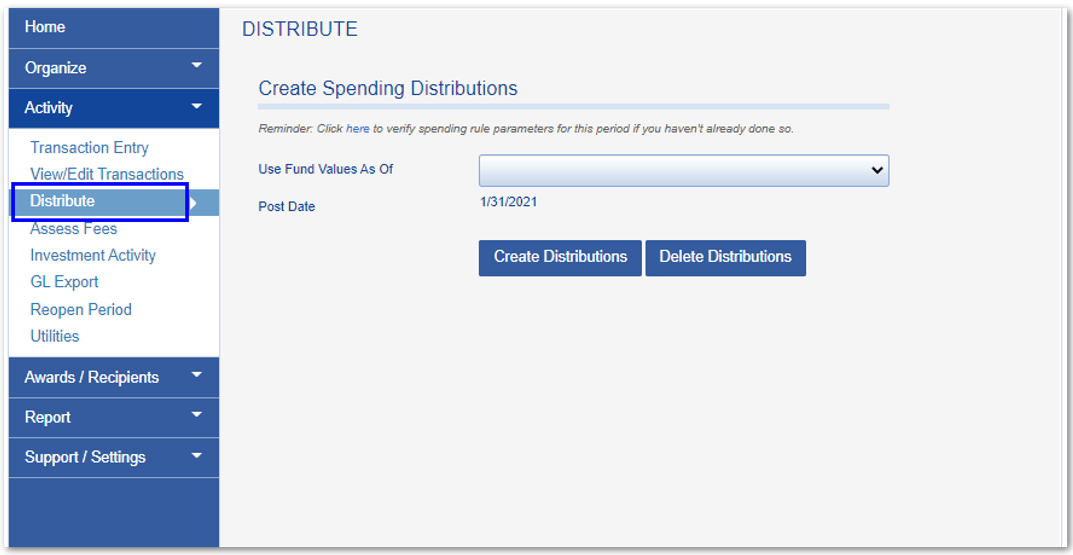