This is the most common spending rule we see here at Fundriver. Configured to calculate based on the fund's average market value. 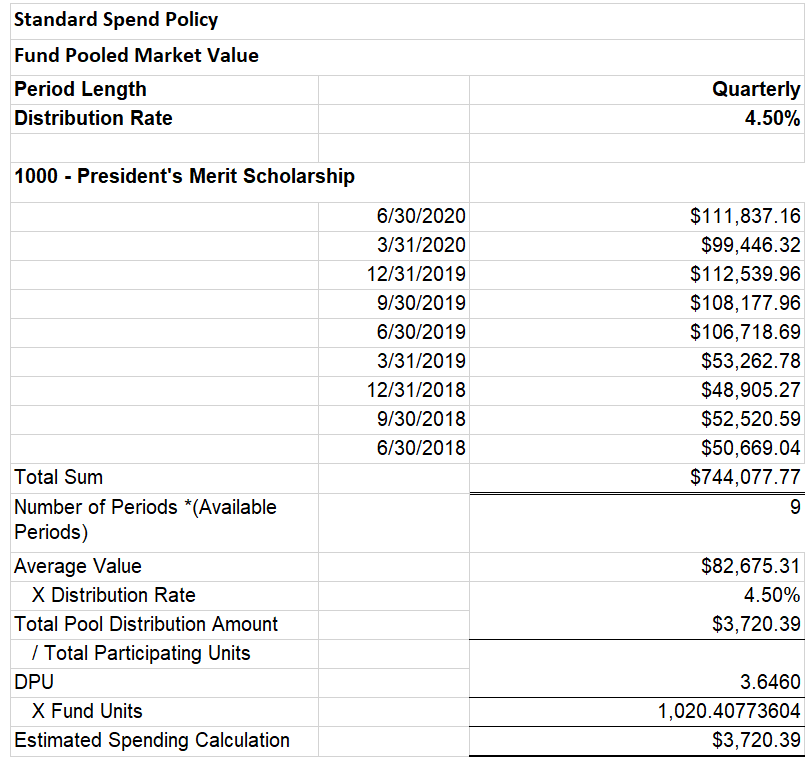 Configured to calculate based on the pool's average market value. 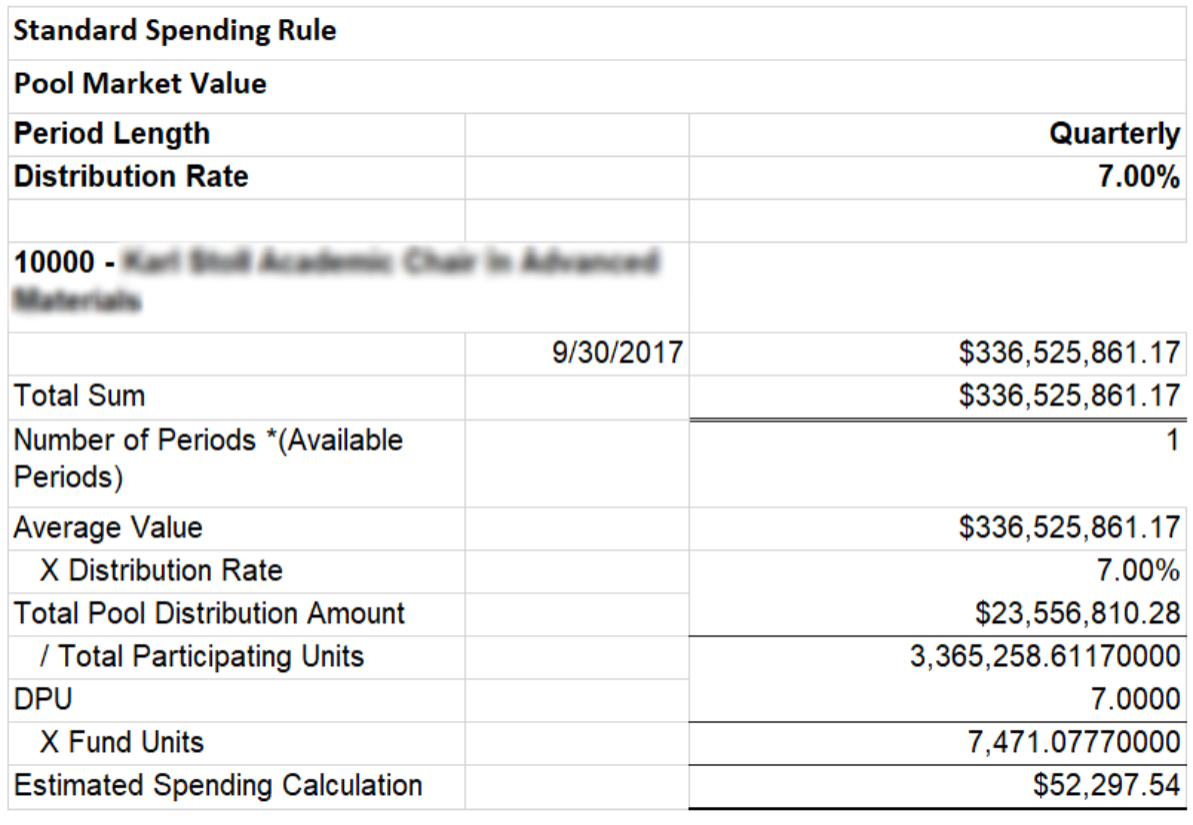 Configured to calculate based on the fund's average unit price. 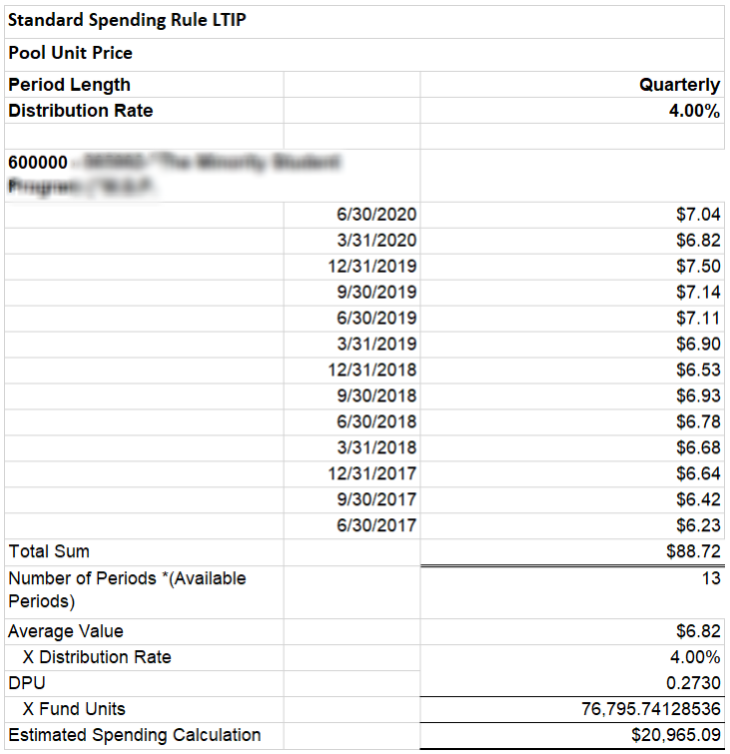 The Yale Method is a blend of the average market value and prior year spending rules. It can be configured in Fundriver to work on the fund or pool level. The system default is calculated based on the pool. 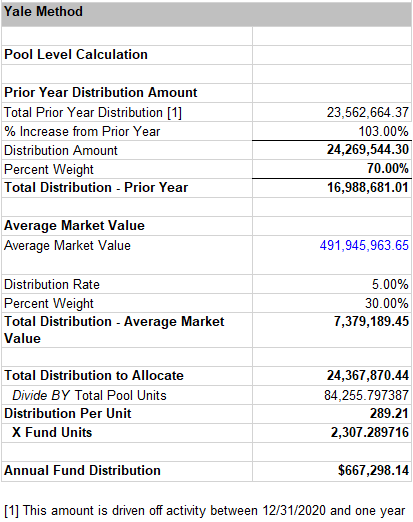 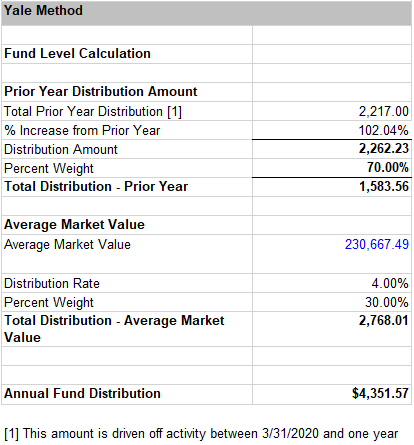 This is rarely used. It is designed for funds that can only distribute income or realized gains. This to support funds following pre-UMIFA guidelines. 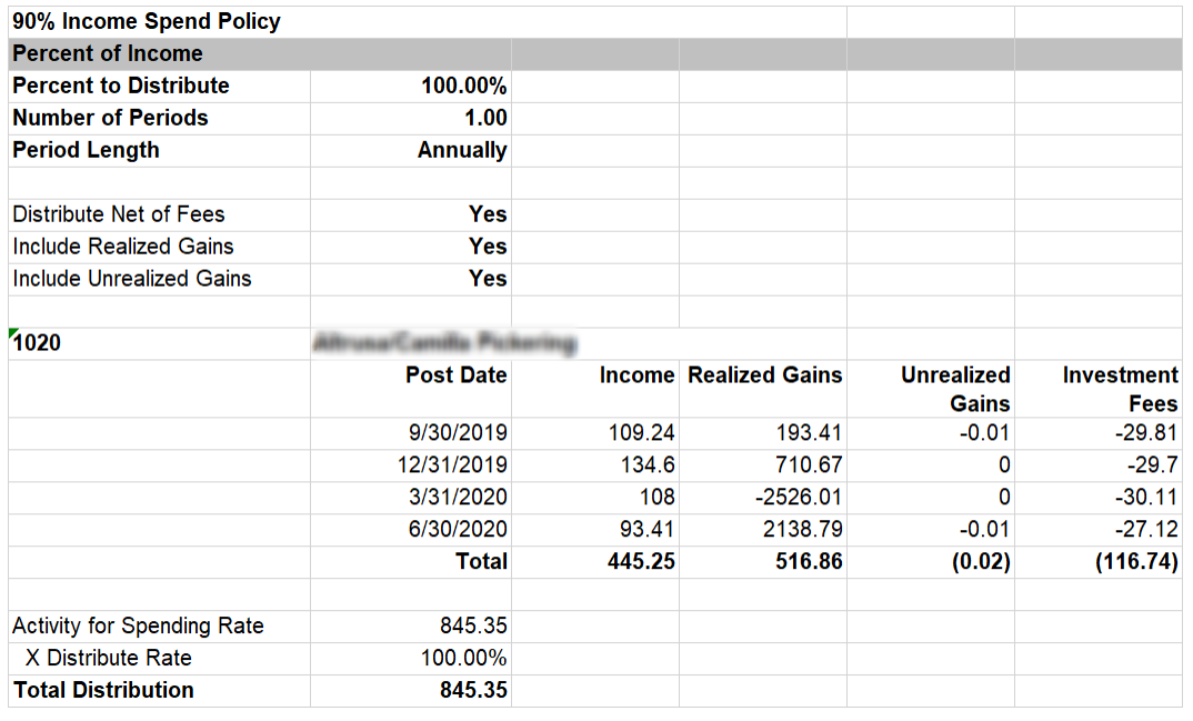 This distributes a fixed amount across all funds assigned to the rule. If a fund that participates in the rule does not take a distribution, the total may not add up to the amount entered. This rule can be used when spending impacts units or unit price. 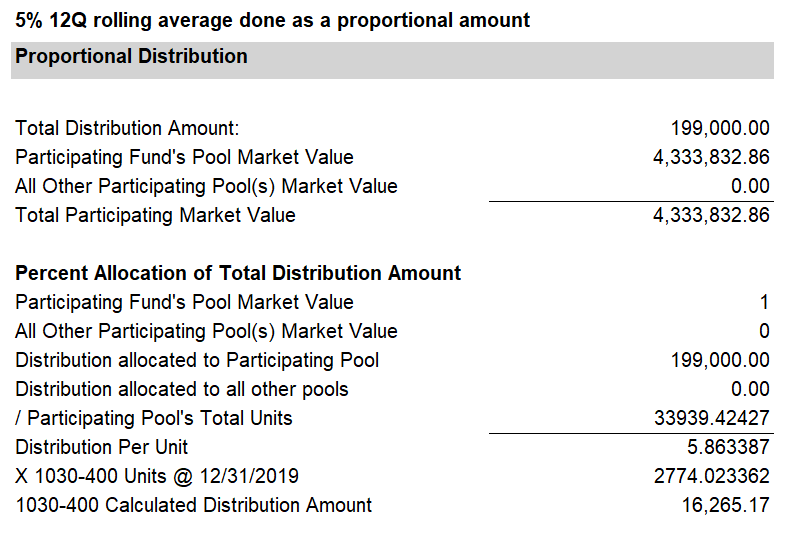 This rule calculates an increase from the prior year spending plus a percent of any new gifts. 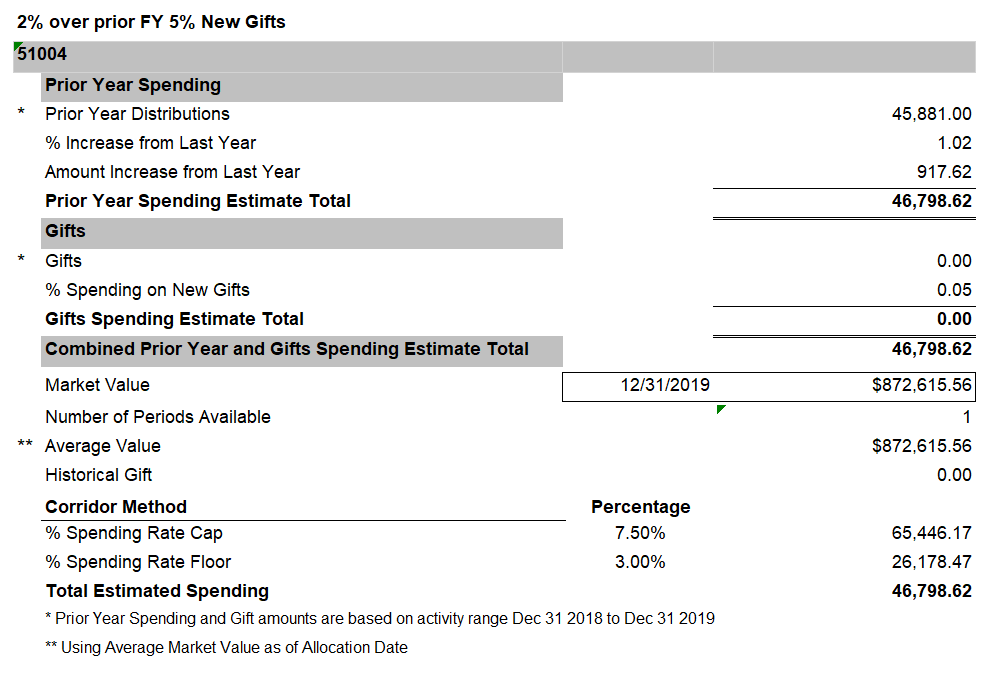 The spending amount is the number of shares times the rate entered into this rule. This is more commonly used in clients over $300 million. In most cases, spending needs to impact unit price (not the number of units) and all funds need to take a distribution.